Catching up with Tom Slingsby As one of the most successful sailors in the world, Tom Slingsby needs no introduction.

An Olympic gold medallist, Tom also has nine world championships, numerous world records, and wins in the America’s Cup and Sydney to Hobart Yacht race to his name. Tom is now both skipper and CEO of the Australian SailGP team, leading from the front both on the water and in environmental issues. We caught up with Tom ahead of SailGP’s return to Sydney Harbour in December. 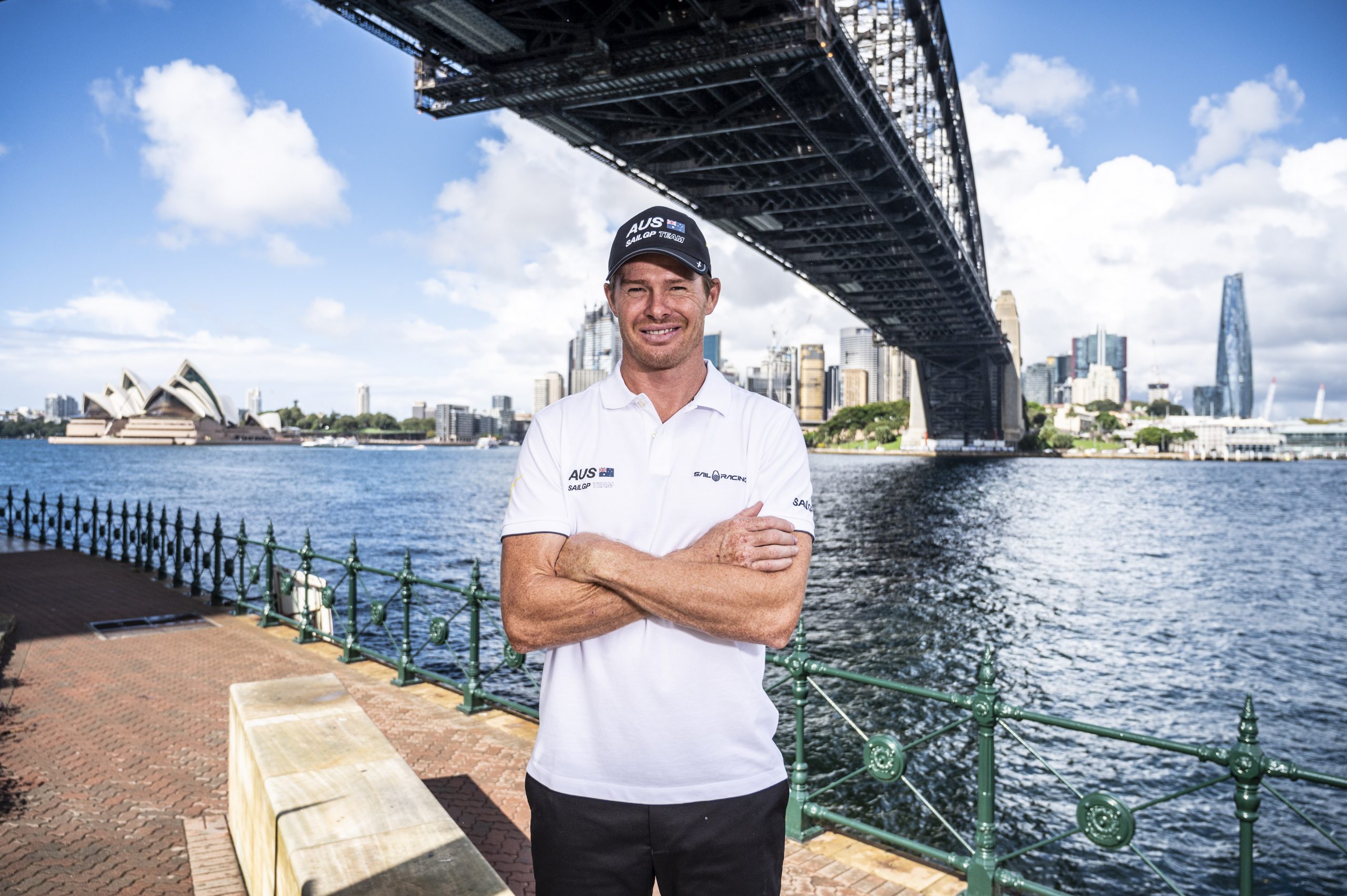 Did know from an early age that sailing was what you wanted to do? If not, when did that passion and drive to pursue a career in sailing really kick in? I actually had my sights set on being a professional tennis player, from a young age. I was around 15 years old when I realised I was just not enjoying it as much and it was a drag to go to training before and after school. I realised I didn’t have a passion for it and gave it up. My sister was actually sailing quite a lot and I had a lot of mates who sailed, so I started sailing with them before and after school. I watched the sailing at the 2000 Olympics in Sydney. I remember I went home and it was then that I decided I wanted to go to the Olympics for sailing and win a gold medal. I wrote my goals on a piece of paper and stuck it up on my bedroom door and focused all of my energy to getting there.

What was the experience of winning gold at the London Olympics like? Looking back almost 10 years later what are your reflections on it? I’ve spoken a lot to fellow Olympic gold medallists and we all say the same thing in terms of the feeling you get. It’s this weird feeling, it’s almost relief. I had put so much pressure on myself and it had been such a long journey from 2000 when I decided I wanted to be an Olympian. I still remember when I returned home and was getting recognised everywhere I walked in the streets and being stopped. Sailors don’t really get that sort of attention and it was a weird experience.

Let’s talk about SailGP. What was it that initially made you want to get involved in the first season? Russell Coutts came to me after the America’s Cup in 2017, which we lost. I remember we discussed what we did well and what we could do better. We thought the boats and broadcast were great, but what we lacked was an emotional connection for people to the teams. We decided that if we could make it fleet racing, with countries versing each other it would be so much better for fans. Larry Ellison and Russell Coutts have such a big passion to improve the sport. They decided that they could start a new league and make improvements that we couldn’t make with the America’s Cup, and SailGP was born. Initially, Russell wanted me to steer and be the CEO for the USA team, as I have a USA passport. I asked a few times if we could bring in an Australian team and Russell came back and said let’s do it and it was such an honour to be given that role.

Sailing is obviously a green powered sport. But SailGP is taking this to another level. Can you share the environmental initiatives SailGP is putting into practice? It’s important that we all care about, and act for, a better planet. Without our planet and oceans, sports like sailing would not exist. SailGP launched its Race For The Future initiative, with goals of accelerating the transition to clean energy and combating climate change. SailGP is the first climate positive sport and entertainment property, which is really a huge feat. This means SailGP removes more carbon than its footprint. We’ve been able to achieve this by investing in UN renewable energy projects and mangroves with our key partners, plus measuring and reducing our carbon footprint as a whole league. SailGP has also committed that by 2025 it will be powered by nature both on-water and on-shore at our events.

What continues to inspire you about sailing? What gets you out of bed every morning? Sailing is an unbelievable sport. The race course is always changing, you can never be perfect, and you always have to strive to be better. I love the community in the sport, many are my lifelong friends.

NM Insurance is a business name of NM Insurance Pty Ltd ABN 34 100 633 038, AFSL 227186. NM Insurance is an underwriting agency with binding and claims authorities from Zurich Australian Insurance Limited and QBE Insurance (Australia) Ltd (Proteus Marine branded products only) which allow it to enter into and arrange policies of insurance and handle and settle claims made under them. NM Insurance acts on behalf of the relevant insurer and not you when providing these services but does so under its own AFSL.

Advice on this website is general so consider whether it suits your objectives, financial situation and needs. Always consider any relevant Target Market Determination and Product Disclosure Statement / Policy wording before buying or renewing insurance. These are available from the relevant branded website.

We comply with the General Insurance Code of Practice which is designed to raise standards of practice and service in the general insurance industry. The Code Governance Committee (CGC) is an independent body that monitors and enforces compliance with the Code. For more information about the Code or the CGC, visit www.codeofpractice.com.au.

Steadfast Group Ltd (ABN 98 073 659 677) (‘SGL’) has a majority shareholding in NM Insurance Pty Ltd (NM Insurance). SGL may receive a professional services fee (PSF) from insurers, premium funders and underwriting agencies such as NM Insurance (Partner) for access to regulatory and compliance support; marketing and communications; data insights; and access to technology platforms. The PSF is an agreed amount between SGL and the relevant Partner, usually annually. The PSF is not determined by the volume of the business that the Steadfast Network brokers place, nor is the amount of the PSF known to the Steadfast Network Brokers, so it is not able to influence recommendations to their clients.

NM Insurance may have access to shared services from SGL, including: compliance tools; procedures; manuals and training; legal; HR banking; and group purchasing arrangements. These services are funded by SGL, subsidised by SGL or SGL receives a fee for them.